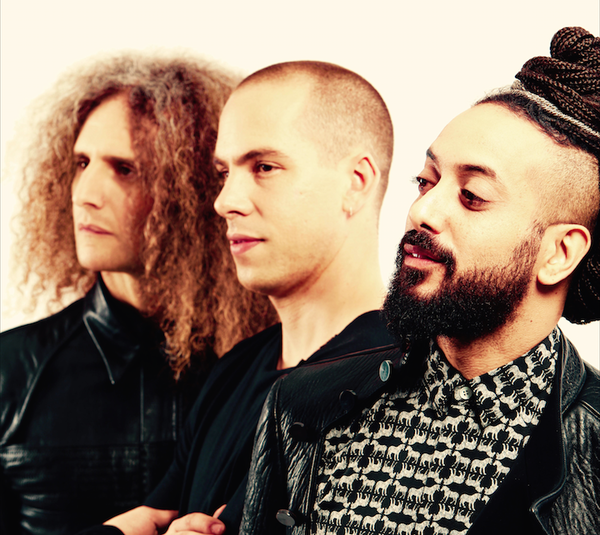 “Quite simply, one of the most exciting bands in world…” —Time Out Chicago.

In 2010, singer and composer Ravid Kahalani gathered top musicians from NYC, Uruguay and Tel Aviv, who mixed Yemenite, West African and jazz influences. Mambo and North African rhythms create a joyful and deep foundation, while the vocals evoke ancient Arabic chants mixed with funk and blues. Swirling with the traditions of Yemenite Muslims, Christians and Jews, with contemporary overlays of rock, jazz, and blues, Yemen Blues was an immediate hit, its debut earning accolades and making numerous critics’ “Best Of” lists. The band’s first tour in 2011 saw the musicians transitioning into their new collective role as hippest thing on the “World Music” scene, and they have since played many of the world’s most prestigious stages, including Womex, Roskilde Festival Denmark, New York Central Park’s Summer Stage, Grand Performances Los Angeles, Millennium Park Chicago, Luminato Toronto Canada and many others.

Born in 1978 to a Jewish Yemeni family renowned for its singing talent, Ravid gradually become an important star in the Israeli music scene. He was drawn to music first and foremost through his love for African-American roots music and traditional religious songs. He also possessed an endless enthusiasm for the music of the Sahara and North Africa. This caught the attention of popular Israeli musician Idan Raichel, and led to Ravid becoming the lead singer in Raichel’s World Music Project. Ravid has performed in over 150 shows with Yemen Blues in the last 3 years while still singing with Raichel – this in addition to numerous solo shows. He has studied opera (singing as a counter tenor), Orthodox Serbian church singing, and he composes and writes songs in many genres. Ravid has worked with top musicians around the world including Balkan Beat Box, Matisyahu, and Oxmo Puccino. Big thanks to the Jewish Federation of Tulsa for supporting Yemen Blues’ performance.