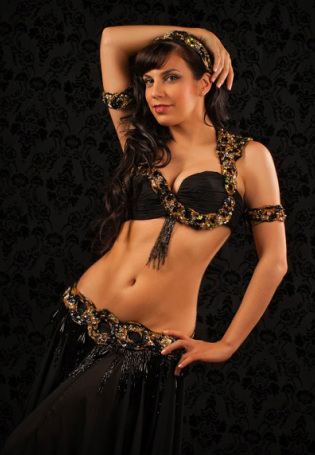 A seasoned entertainer, Perizad spent many years studying music, theater and improv. In 2007, she became captivated by the grace and sensuality of belly dance and began taking classes at the Belly Dance Academy of Tulsa. Since then, she has studied with such masters as Mahmoud Reda of Egypt, Sabah of the Bellydance Superstars, Princess Farhana, and Amanda Rose. Perizad was voted RAWartists 2012 Performance Artist of the Year, she has performed in both the US and Canada, and she starred in an opening act for the Bellydance Superstars’ 2011 Club Bellydance tour. In 2013, Perizad founded Elysium Belly Dance in Tulsa, which offers lessons to students of all ages. For more on Perizad, tap into www.elysiumbellydance.com.