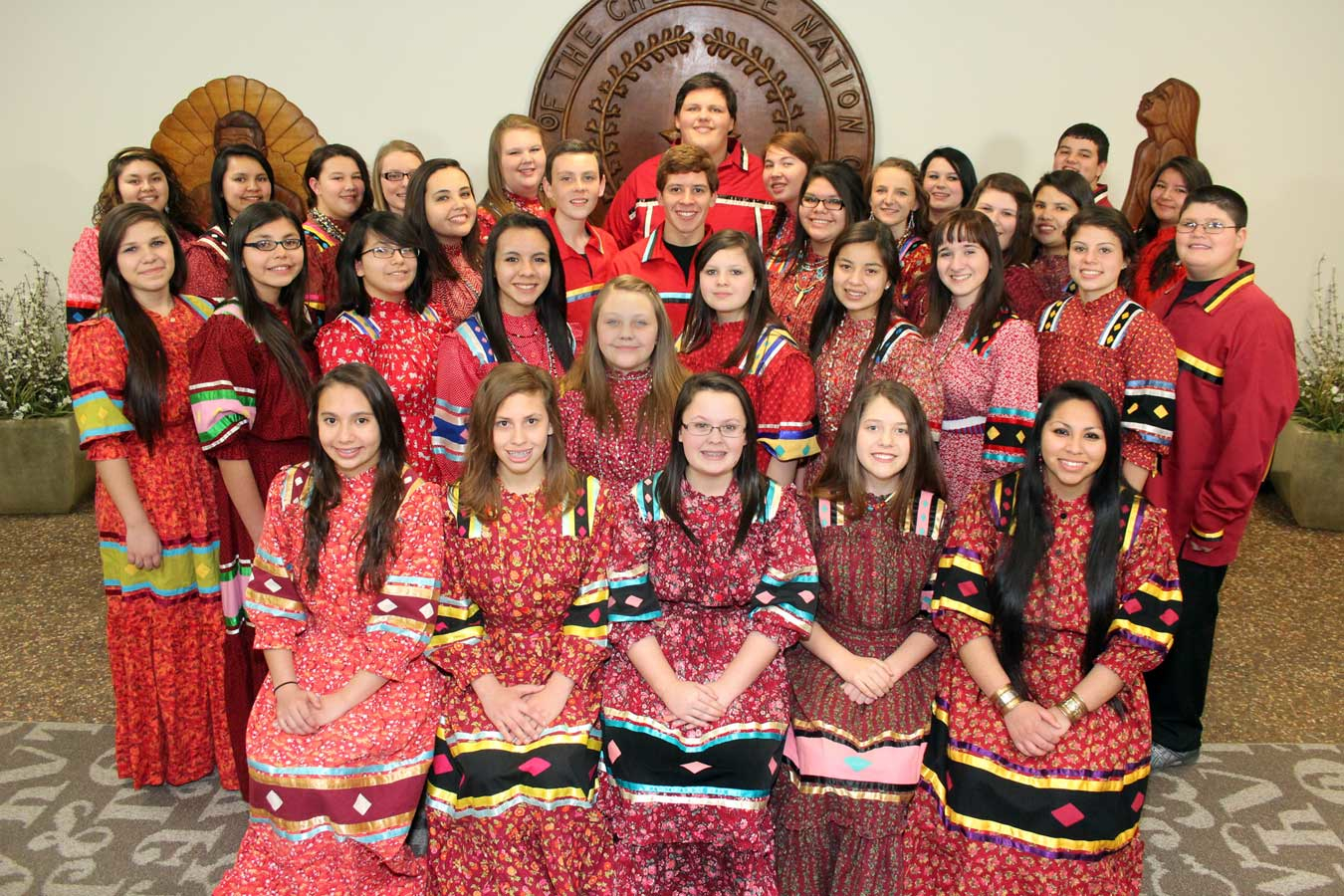 The success of the Cherokee National Youth Choir has helped spark a cultural renaissance among the Cherokee people. Made up of 30-40 K6-12 Cherokees from northeastern Oklahoma, this renowned group performs traditional Cherokee songs in the Cherokee language. Founded in 2000 and based on rigorous auditions, the choir has released 11 recordings (including Voices of the Creator’s Children, featuring Grammy winner Rita Coolidge), garnered numerous Native American Music Awards, and appeared at many prestigious venues including the National Cathedral in Washington, D.C., Smithsonian Institution’s National Museum of the American Indian, the Kennedy Center, and the White House. Their beautiful voices showcase the strength of the Cherokee Nation and its culture more than 160 years after forced removal from their eastern homelands. Through the success of the Youth Choir, interest in the Cherokee language has been rekindled among young people throughout the Cherokee Nation. Several area schools now use their CDs as a learning tool, and other schools are interested in developing curriculum to teach Cherokee language and music. Their latest recording, Cherokee America, features Americana and Patriotic songs.