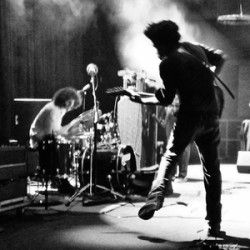 Singer/guitarist Tash Neal and drummer Chris St. Hilaire are New York City duo The London Souls. Their music is raucous, road-tested, psychedelic-kissed rock and roll. This young band has shared the stage with everyone from The Roots and Trombone Shorty to Taj Mahal. After a summer tour of Italy and Spain in support of Lenny Kravitz, this fall, LS will hit the States with Billy Idol. According to The Wall Street Journal, London Soul’s debut album Stand Up,showcased the band’s ability to “play with authority and intuition” and channel a “groove-driven hybrid of the Jimi Hendrix Experience, Sly and The Family Stone, and raw, early Led Zeppelin.”