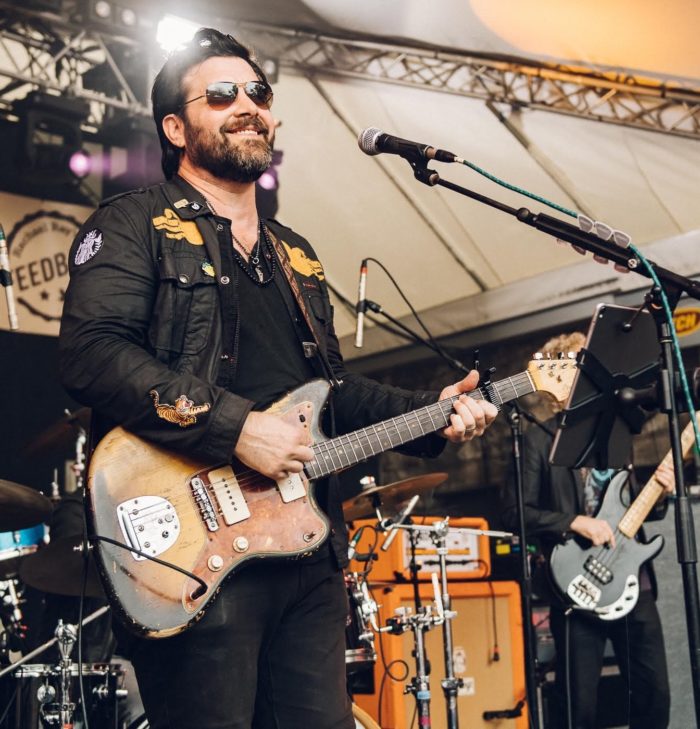 One of Austin’s most celebrated musicians, Bob Schneider is one of the most versatile, inventive, and engaging songwriters working today. With little national press or major label support, he has managed to become one of the biggest acts in Texas, with a fiercely loyal and fast growing following. Schneider has won more Austin Music Awards than any other musician, including Best Songwriter, Best Musician, and Best Male Vocals, clocking in at 54 awards to date. Raised in Texas and Germany, where his father pursued a career as a professional opera singer, Schneider studied piano and guitar as a boy, often performing at family parties and nightclubs, backing his father on drums. He went on to study art at the University of Texas before establishing himself as a musician.

He performs relentlessly, creates new music compulsively, writes poetry, and regularly shows his visual art in galleries around Austin. His 7th and latest record is Blood and Bones, which highlights the chemistry that Schneider and his backing band of Austin’s very best musicians have developed while relentlessly playing live, most notably at the monthly residency Schneider has held at Austin’s Saxon Pub for the last 19 years. “I didn’t want to overthink the songs,” Schneider says of this particularly reflective album. “I felt pretty good about the quality of the songwriting, so I figured that would come through in the end if we just went in and played them the way I do live.”