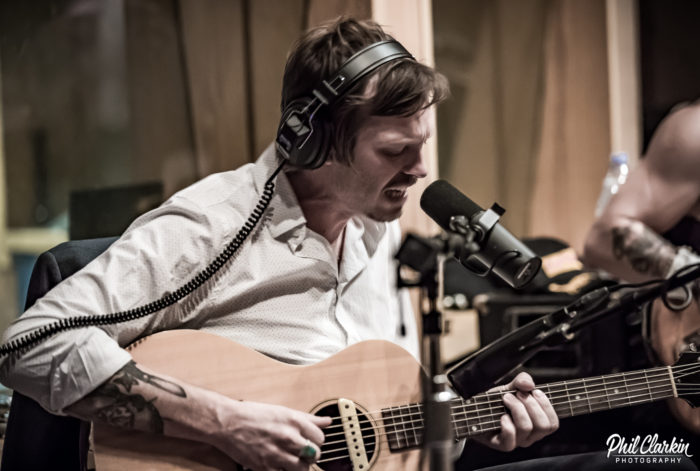 ”Perhaps it’s something in the water—the same iron-heavy tap drink that Woody Guthrie sipped on as a young man—that leads to an inherited sense of melody. Whatever it is, Levi Parham has it.” —The Bluegrass Situation

A native of McAlester, Oklahoma, Parham’s music draws on the rich songwriting traditions of his home state, with varying shades of blues, folk, soul, rock and country. Parham’s soulful, gritty voice brings it all together into a sound that CMT described as “enticing” with “a melancholy feel.” In 2016, Parham’s These American Blues reached #25 on the AMA charts and #1 on the EuroAmericana charts. No Depression called it “a must have in any music aficionado’s collection.” For his latest record, Parham called on friends like Paul Benjaman, Lauren Barth, John Fullbright, Jesse Aycock and Dustin Pittsley—artists identified with the “Tulsa Sound”—and invited them down to Muscle Shoals, Alabama, to make a record in a studio that was once the home of the legendary Muscle Shoals Sound. “I’ve always been a big admirer of the music that’s been made in Muscle Shoals, from Aretha Franklin to The Allman Bros. So I got this idea to bring the ‘Tulsa Sound’ and mix it with the ‘Muscle Shoals Sound’ and see what happens.” The result is the rootsy It’s All Good, a combination of mean, soulful guitar riffs and loose, vibey grooves. It is arguably Parham’s strongest record to date. Look for some of the musicians mentioned above to back Parham as he hits the stage at Guthrie Green with a full band, kicking off this year’s Tulsa Roots Rocks the Green series.