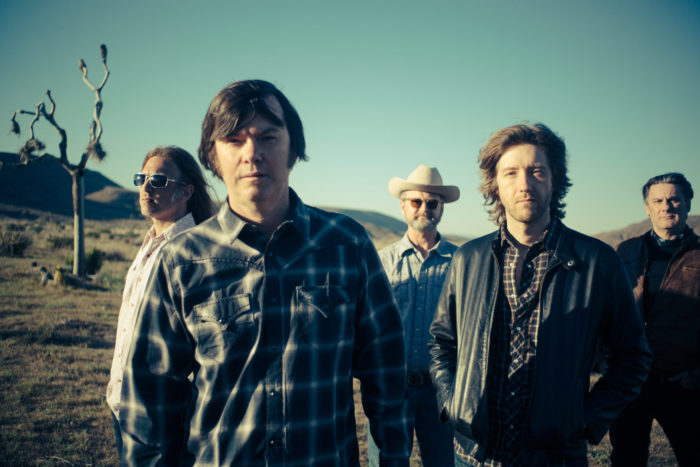 Jay Farrar, the creative force behind Son Volt, is still not as old as his voice, an ageless gift which sounds something like old timber looks: simple, durable, weathered, unplanned. The band’s Notes of Blue, much heavier on fingerpicking that previous albums, is the 20th studio album to which Farrar has lent his voice and songwriting. His first band, the influential Uncle Tupelo, recorded a punked-up version of the topical Carter Family song “No Depression” and named their debut album after it. The inaugural edition of No Depression magazine, which argued for the arrival of something called alt-country back in 1995, when Son Volt’s first album, Trace, came out, put Farrar and Tupelo on the magazine’s first cover. Belleville, IL, where Uncle Tupelo came up, is flyover country, providing wheat, corn, fuel, a migratory labor force. For Notes of Blue, the band taps its roots and the broader blues of the folk process: The blues as a jumping off point.

“For years I’ve been drawn to the passion, common struggle and possibility for redemption that’s always been a part of the blues,” says Farrar. “Everyone has to pay the rent and get along with their significant others, so many of the themes are universal….Hank Williams is really the key. He showed us that the blues as a music form was an integral part of country music early on.” For Notes of Blue, Farrar’s notion of the blues focuses on specific guitar tunings, courtesy Skip James, Mississippi Fred McDowell, and Nick Drake. And on the structure of the songs themselves–repeated lines, a few phrases borrowed from older blues. Both provided entry points to his new songs. “To me there’s always been a mystique attached to those three tunings and those three performers,” Farrar says. “So I was compelled to get inside those tunings and see what was there….The arrow landed somewhere between Tom Petty and ZZ Top.”