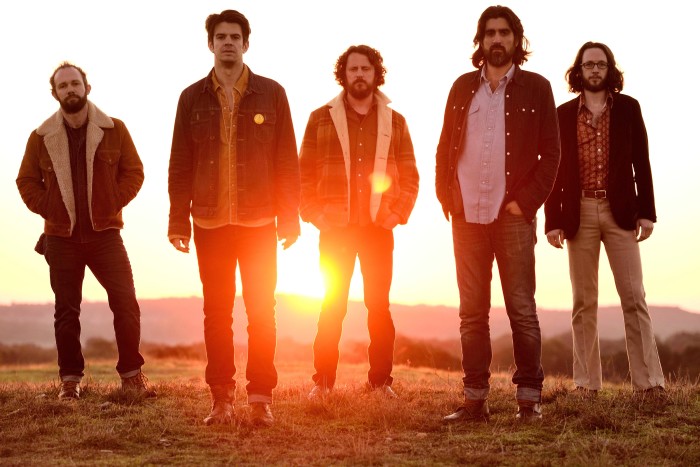 Taking their inspiration from classic American rock groups like Drive-By Truckers and the Allman Brothers, BOH’s style blends classic rock, folk, country and soul music together. BOH has been honored as “Best New Band” at the Austin Music Awards, and has been nominated in various categories at the “Americana Music Awards” over the past several years. The Wall Street Journal called theirs the best set at South By Southwest 2009 festival. The Dallas Morning News say’s BOH is “a must-see show.”

Duende, the title of BOH’s eighth album, marks their 10th anniversary as a group, and it certainly applies to its overall theme about the collective search for connection and communion in a technology-fueled world increasingly splintered, distracted and lonely. As band co-founder Ed Jurdi, who first learned of the term, explains, “It’s the essence of the artist,” or as partner Gordy Quist says, “It’s a word we don’t have an equivalent for in English, Artistically, that’s where we tried to set the bar, to do what this band does best.” Duende is a stylistically diverse effort that takes a leap beyond 2013’s acoustic, introspective Sunday Morning Record, with an eclectic batch of material. There are high-energy rockers like the Keith Richards-Chuck Berry guitars and barrelhouse piano in “Trouble Came Early” as well as the Grateful Dead-by-way-of J.J. Cale Oklahoma boogie in “Keys to the Kingdom,” and the New Riders pedal steel country twang of “Green Grass of California,” an ode to the more potent strains of sensimilla on the dispensary shelf and a fervent plea to “legalize it.”