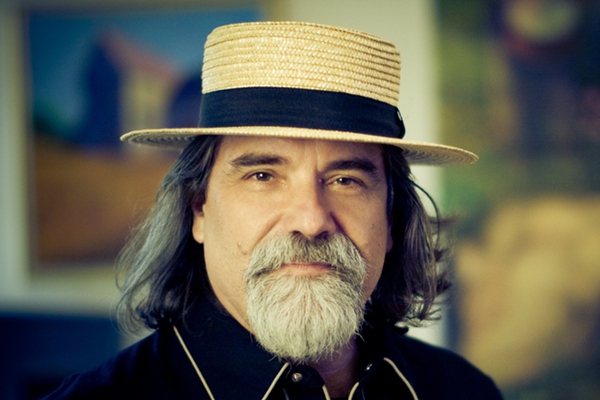 ”He ranks as the most outstanding and underrated songwriters and performers in the United States today,” says Vintage Guitar of songwriter, in-demand instrumentalist, and acclaimed performer Darrell Scott. Born on a tobacco farm in Kentucky in 1959 and raised in California, Scott’s father was a steelworker by trade but a songwriter at heart. Soon Darrell and his four brothers were experiencing on-the-job training as part of their dad’s band in roadhouses and taverns as far north as Alaska.

Darrell eventually earned a poetry degree from Tufts, where he sharpened his guitar and banjo talents before hitting Nashville and earning his way into Music Row’s inner circles, cutting and producing records with Guy Clark, Randy Travis, Patty Loveless, and the like, as well as recording his own material on a string of critically acclaimed discs. He’s also found time to team with pals like Tim O’Brien, Steve Earle (Scott is a member of Earle’s Bluegrass Dukes), and longtime friend Sam Bush. As a songwriter, he’s contributed a string of hits to the Dixie Chicks, Travis Tritt, Garth Brooks, Sara Evans, and many more. In all, Scott has had more than 45 cuts recorded by other artists. We are proud to welcome to Tulsa the man Rolling Stone compares to Clark and Springsteen “at their best.”