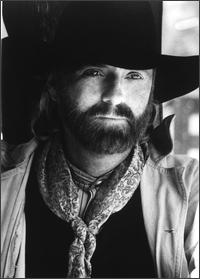 Texas born Michael Martin Murphey has had a long and fabled career as a songwriter and musician. Performers as diverse as The Monkees, Flatt and Scruggs, Kenny Rogers, John Denver, Cher, Lyle Lovett and Hoyt Axton have recorded Murphey’s songs. Murphey himself is a multiple Grammy nominee and has had huge success with his own music. Murphey’s songs “Wildfire” and “Carolina in the Pines” from his first (of six) gold record,Blue Sky-Night Thunder, topped the pop charts on their release and are still classics today. A contemporary of Texas musicians Jerry Jeff Walker and Willie Nelson, Murphey was part of the early “Outlaw Country” movement, creating a unique sound that combined his country, rock and folk influences. Murphey’s career has spanned four decades and many musical genres and has included performances on David Letterman, Austin City Limits, PBS specials, and a number of Hollywood films.