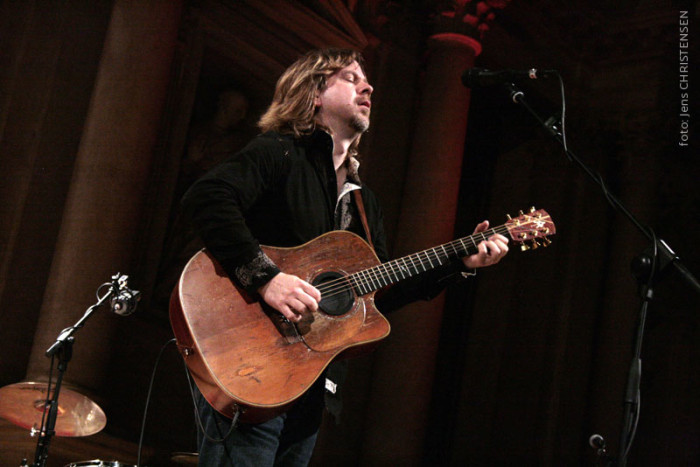 Named one of the “Top 50 All-Time Greatest Guitar Players” by Guitar Player Magazine, Monte Montgomery has resisted the temptation to be just a guitar slinger from Austin, in large part by honing his chops as a triple threat: songwriter, singer and master musician. The virtuoso guitar licks and trademark arrangements fans expect are there, but the emphasis is increasingly on creating a rich and colorful aural backdrop for insightful songwriting and nuanced singing. Monte grew up in Birmingham, learning both piano and trumpet. At age12 he moved to Texas to live with his mom, a singer-songwriter who instilled in him a passion for music and a taste for the musical life as he sang and performed with her in Hill Country picking parlors. Austin was key to his musical evolution from that city’s highly competitive music scene where he earned seven consecutive Austin Music Awards and lots of critical praise, to mind-blowing performances at Austin City Limits, which launched him onto international concert stages.

Montgomery’s latest, self-titled disc showcases the artist’s stylistic diversity–from dark bluesy roots rockers to wistful ballads. “I write to play live, for my fans. My audience tell me what to record. It’s like having a built-in focus group. I want people to close their eyes and envision themselves at one of my concerts.” All the songs were written by the artist, with the exception of Monte’s blistering interpretation Jimi Hendrix’s “Little Wing.” Perhaps ironically, it’s the cover of another rock pop classic that is opening new doors. After seeing Monte’s version of “Sara Smile” on YouTube, Daryl Hall (Hall and Oates) was so blown away he invited Monte to be the featured artist on Live From Daryl’s House, the popular web-based music show.