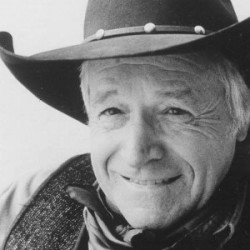 There are no degrees of separation between Ramblin’ Jack Elliot and the real thing. He ran away from his Brooklyn home at 14 to join the rodeo and learned to play guitar from a cowboy. In 1950, he met Woody Guthrie and traveled the country with him, from the redwood forests to the Gulf Stream waters. Jack became so enthralled with the life and composer of “This Land Is Your Land” that he completely absorbed Woody’s inflections and mannerisms, and would later be the primary link in the chain between Guthrie and Bob Dylan.

In 1954, Jack journeyed through Appalachia and the South to absorb authentic American country music. He learned the blues first-hand from Leadbelly, Mississippi John Hurt, the Reverend Gary Davis, Big Bill Broonzy, and the like. His rich foundation of genuine American folk music inspired a new generation of budding American and British artists, from Eric Clapton to a young Bob Dylan, whom he met in 1961 at Woody Guthrie’s bedside, and proceeded to mentor. A multi-Grammy winner with more than 40 albums under his belt, Jack was awarded the National Medal of the Arts in 1998. At 79, Ramblin’ Jack is still on the road, seeking those people, places, songs and stories that are hand-crafted, reeking of wood and canvas, cowhide and forged metal.