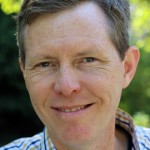 ROBBIE FULKS plays by nobody’s rules except the ones he hears in his head. He is widely regarded by the music press and fans as one of the most gifted songwriters of his generation. Fulks is one of the more heralded talents in the alternative country movement, displaying an offbeat, sometimes dark sense of humor in many of his best moments. As time has passed, Fulks has moved away from the country twang of his early work and into a crunchier roots rock hybrid. Fulks divided his childhood between Pennsylvania, Virginia, and North Carolina, and received his schooling at Columbia University. He moved to Chicago in 1983 and first served as vocalist and guitarist in bluegrass band Special Consensus, appearing on their Grammy-nominated 1989 album A Hole in My Heart.