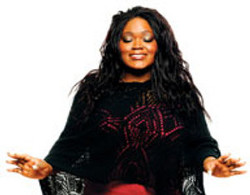 When an 18-year-old Shemekia Copeland first appeared on the scene in 1997, everyone agreed that an unstoppable new talent had arrived. In the short period of time that followed, she amassed Blues Music Awards, Grammy nominations, Living Blues and DownBeat Critics’ Poll Awards, and invitations to tour with legends such as B.B. King, Buddy Guy and Dr. John. Born and raised in the tough, urban streets of Harlem, Shemekia was always encouraged to sing by her father, the late Texas blues guitarist Johnny Clyde Copeland, who brought her onstage to sing at Harlem’s famed Cotton Club when she was just eight. A decade later, her huge, blast-furnace voice was being compared Etta James, Koko Taylor, and Aretha Franklin. Copeland’s music reflects the streets she grew up on, where a daily dose of city sounds from street performers to gospel singers to blasting radios surrounded her. Her many records and famously energetic live shows showcase far-reaching material treading the ground where blues and soul meet rock and roll.