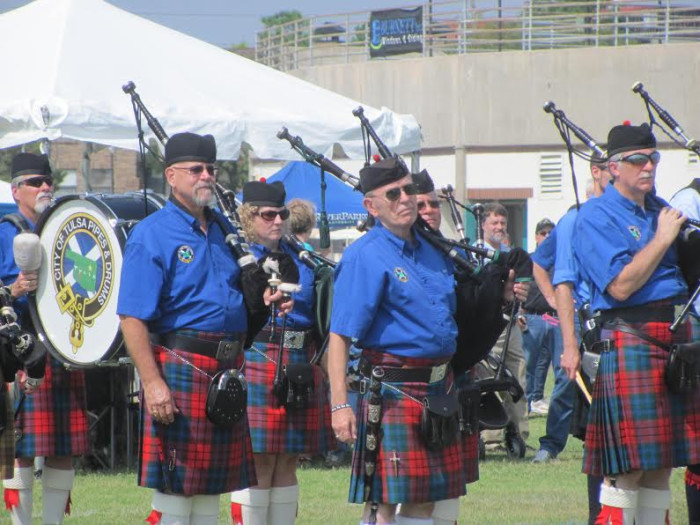 City of Tulsa Pipes and Drums has been performing since 1976. Under the direction of Pipe Major Bill Tetrick (a former Pipe Major for the 7th US Calvary Pipes and Drums), the ensemble has competed throughout the region, acquiring numerous honors and awards for both group and individual piping and drumming. COTPD regularly performs at diverse events and venues throughout the region, playing traditional and contemporary piping arrangements while sharing Scottish Highland culture.