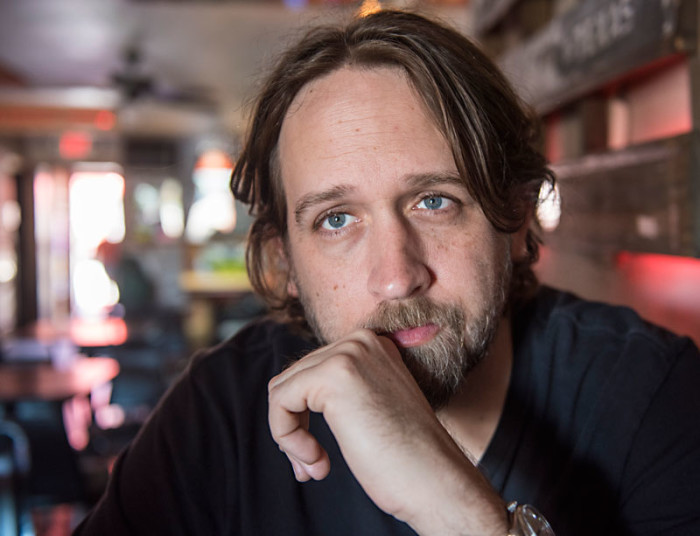 Carll has a voice as tough and relentless as a late-night Lone Star brawl and a lyric sensibility worthy of an M.F.A. creative-writing seminar. –The New Yorker.

“Hayes Carll is an inheritor of the Texas songwriting tradition that includes Townes Van Zandt and Steve Earle. He’s highly romantic and highly literary and sometimes, it seems, just plain high. But he lives up to his lofty antecedents, singing in a drawl that’s as sexy as it is smart, and writing songs that are as charmingly self-deprecating as they are self-mythologizing,” writes Anthony DeCurtis of the Texas troubadour. Carll’s clever anecdotes, genuine sincerity and self-deprecating humor made his 2008 Lost Highway debut, Trouble In Mind, a runaway hit. A brawny blend of folk, country and roadhouse rock with brainy, quirky lyrics, the record led to an Americana Music Association Song of the Year award for his satirical “She Left Me For Jesus” and an Artist of the Year nomination. Since then, he has released a string of great records and toured nonstop, both with and without his band (for Tulsa Roots Rocks the Green he is bringing a full band). Perhaps the Tulsa World put it best: “He’s a traveling Texas troubadour for today’s X Generation…. He’s the snarky slacker with a heart of pure Kerouac. He’s a modern storyteller’s dream, wrapped in a cloak of country-folk charm.” Special thanks to BOK Center for sponsoring the day’s events, part of the MOTHER ROAD REVIVAL weekend.