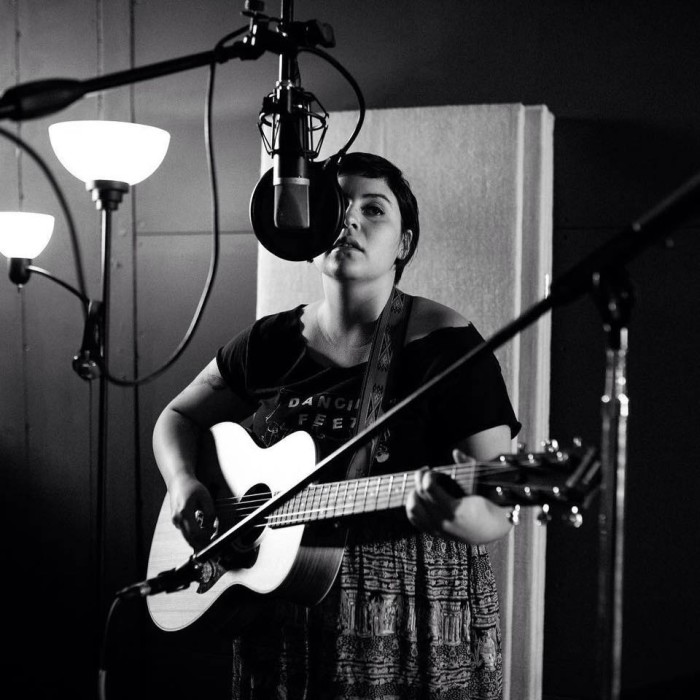 Capable of inducing tears with its harsh truths….Kalyn Fay will steal your heart. –Bucket Full of Nails.

This young Cherokee songstress grew up neck-deep in the Bible Belt, but found her unique voice after venturing beyond worship music. While finishing her undergrad degree in 2012, she began writing her own music, and by the following year was performing and touring. Simultaneously working on her master’s degree while writing and recording her debut, Horton Records released Bible Belt this year. Questions of faith and tumultuous love, deeply-rooted in Oklahoma, were the raw building blocks Fay used to develop her intimate, breathtaking songs. “In less than an hour, it sings, pleads, intones birdsong, laughs and wanders through a young woman’s faith and memory with a simple wisdom,” writes The Tulsa Voice. Thank you Cherokee Nation for sponsoring the day’s activities.