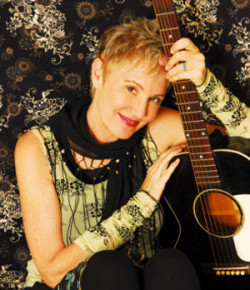 Singer-songwriter Eliza Gilkyson’s deeply personal, often political songs have wowed both critics and audiences, earned the admiration of peers such as Patty Griffin and Lucinda Williams, and garnered deep respect in folk and Americana circles. The Austin-based musician has always reflected on everyday joys and sorrows, each song a window into a life of struggle and triumph in a world she feels is “poised on the edge of moral, economic and environmental bankruptcy.” Her latest release, Roses at the End of Time, illuminates the issues, the inspirations and the agonies of our time, and the struggle to remain human in the midst of multi-dimensional crises.

The title of Gretchen Peters’ new Hello Cruel World is a pun on the famed exit line—a joke that, like the lovely melodies and deliciously textured arrangements framing these 11 songs—sweetens this captivating music spun from a year of turmoil. The Grammy nominated singer-songwriter from Nashville calls Hello Cruel World her “most close-to-the-bone work, written at a time when I felt absolutely fearless about telling the truth.” Peters and her guest Rodney Crowell sing, “life is still a beautiful disaster,” on “Dark Angel.” But Peters keeps the accent on the “beautiful” throughout her ninth disc, with both her poetic language and the spare, evocative sounds she created in the studio to support her organic story-telling.