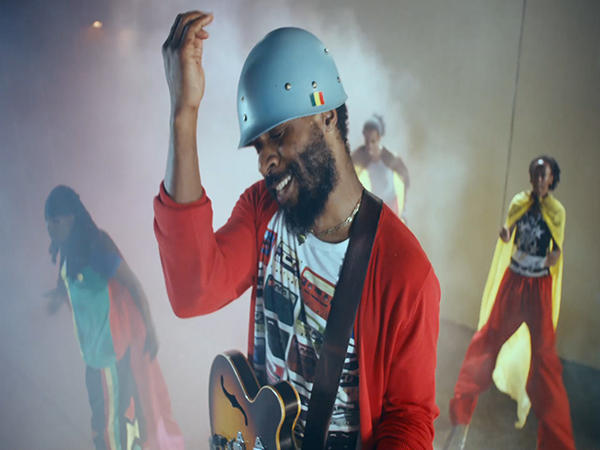 Cody ChesnuTT is a wide-eyed, intense soul brother in a crazy-fly get-up, a raw storyteller wearing a guitar and a smirk, a soul troubadour whose frank, socially conscious ruminations on life continue to challenge popular notions of how modern soul music can look and sound. The Atlanta-based ChesnuTT blasted onto the scene a decade ago with his universally lauded debut, The Headphone Masterpiece. Armed with a drum machine, an array of instruments, a dusty four-track cassette recorder and a giant pair of headphones, ChesnuTT’s lo-fi attack alchemized his love of classic rock, RandB, pop, punk and gospel. Roots drummer and Jimmy Fallon bandleader Questlove, thrilled with ChesnuTT’s music, heard in it an emotional intensity and savvy, irreverent wordplay that was sorely missing in the neo-soul movement the early 2000s. A song from The Headphone Masterpiece was re-tooled as “The Seed 2.0” for the Roots’ seminal album Phrenology, exposing Cody’s music to the mainstream. Landing On A Hundred, ChesnuTT’s second full-length, marks his return after a long period of reflection that did him a world of good after a meteoric rise to near fame. For lovers of true-blue Southern soul this new album is a must-have. He recorded with a 10-piece band in Memphis-based Royal Studios, the sonic home of some of the deepest works by soul and blues luminaries like Al Green, Buddy Guy and Ike and Tina Turner. “My hands were tingling,” Cody says, “because I got to sing on the actual microphone that Al Green recorded with. Nothing has changed. The down home acoustic treatments are still in place.”